All Gardens Great and Small are based in East Sussex near Lewes, but we regularly travel over to the Wadhurst, Mayfield, Bivelham, Burwash, Heathfield area. Recently we completed a very nice project at Tidebrook. For those not sure where Tidebrook is, I attach a link.. We were working on the Chittinghurst Estate, a lovely rural idyllic setting. Our only problem here was lack of mobile coverage. All the networks had poor coverage! Very difficult to liaise with suppliers with no coverage!

On this visit, our first project was to bury the propane gas tank!

Peter had to dig and dig with our little Hanix 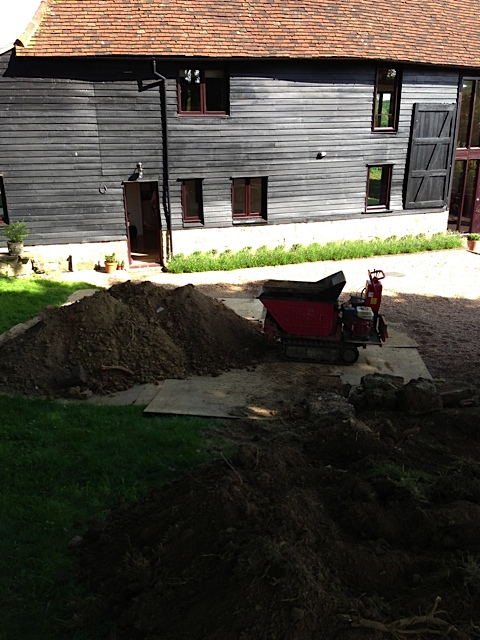 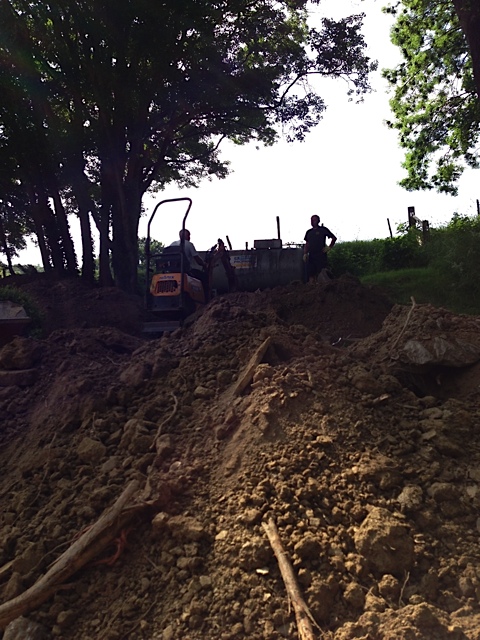 So much was dug out! 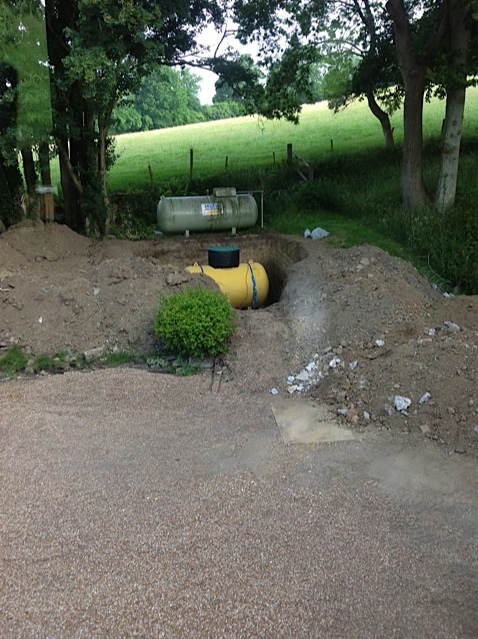 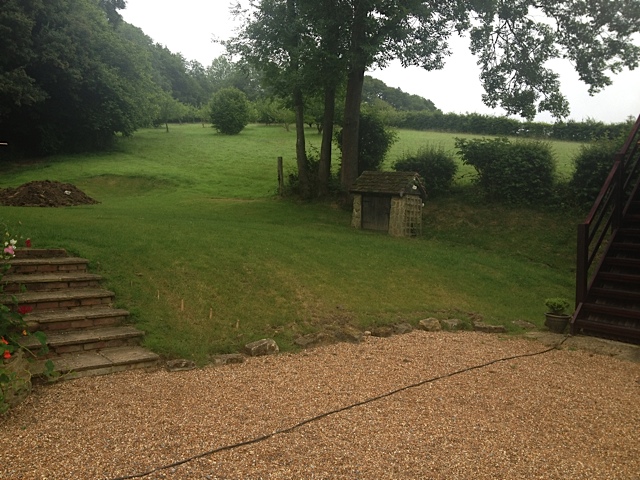 Another project involved rebuilding some steps and grading out the side bank area. 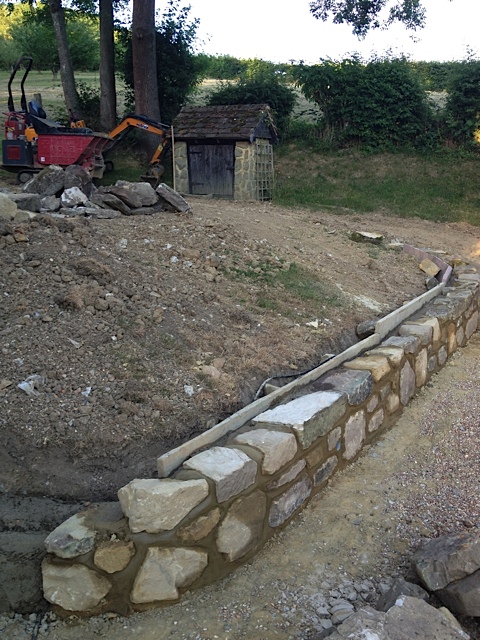 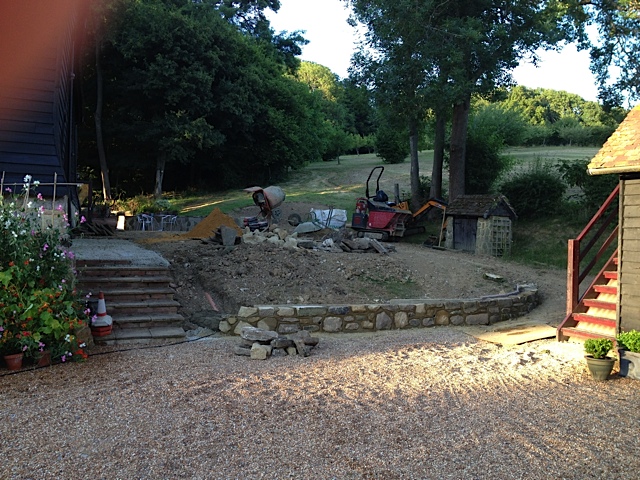 Works in progress, old steps to be removed next! 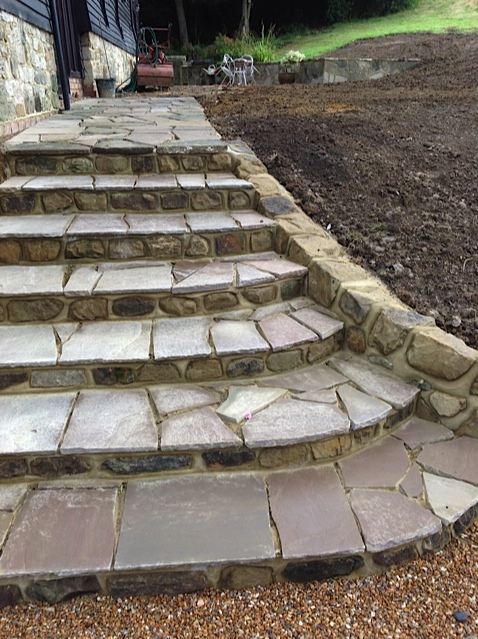 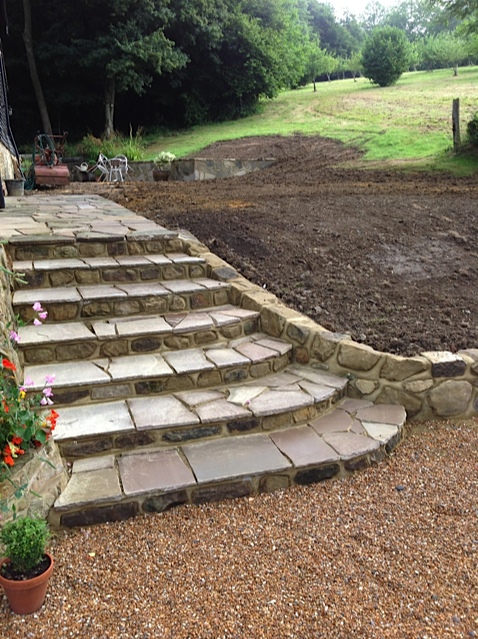 The side area was graded and seeded 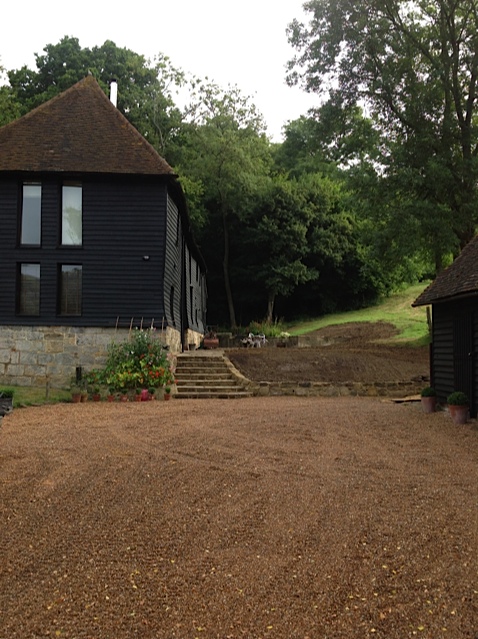 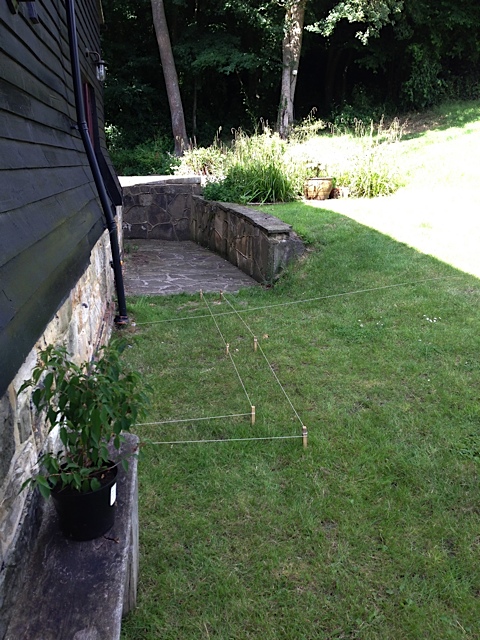 Closer to the kitchen more works were ongoing! A section of walling was to be removed and rebuilt with a new seating area! 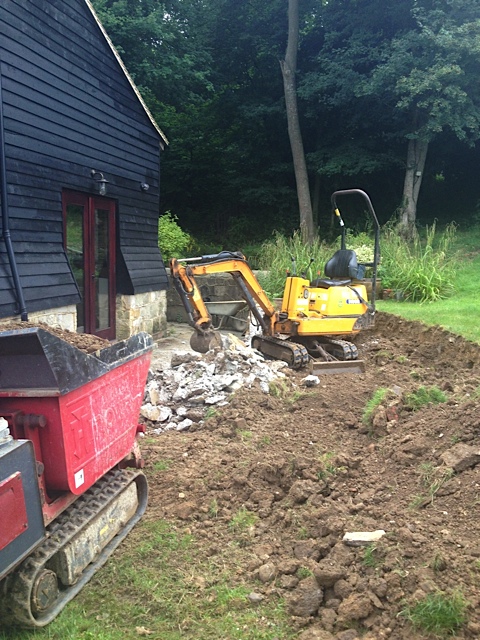 The digger was again put to work 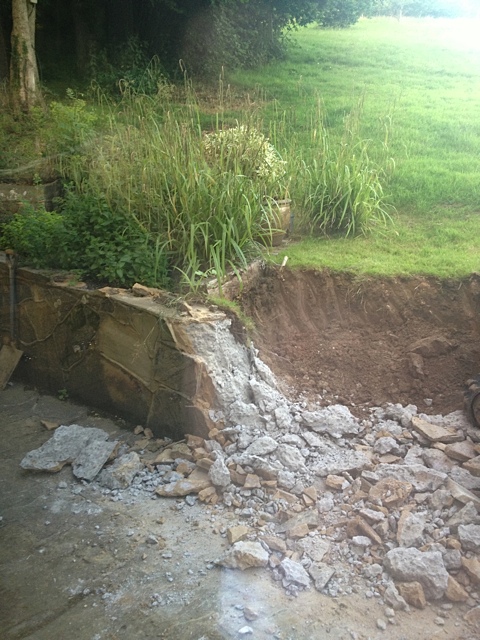 The old wall was pretty tough to remove! 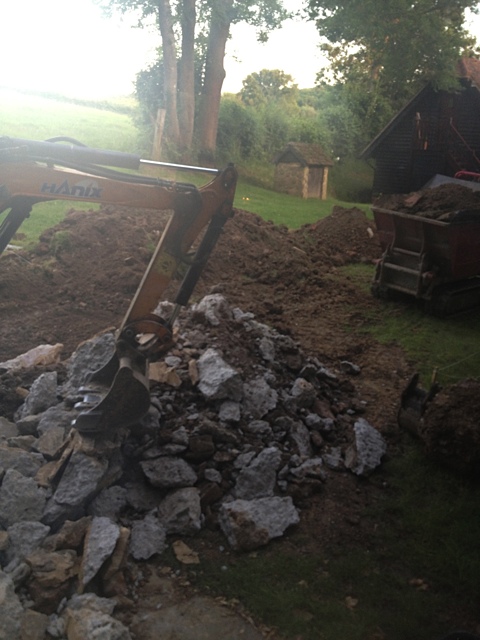 Much had to be removed, again our track barrow was useful to cart. 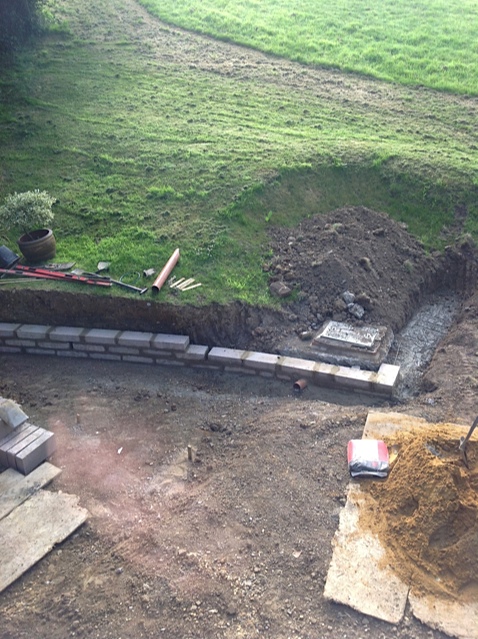 Block walling was laid over a new concrete foundation 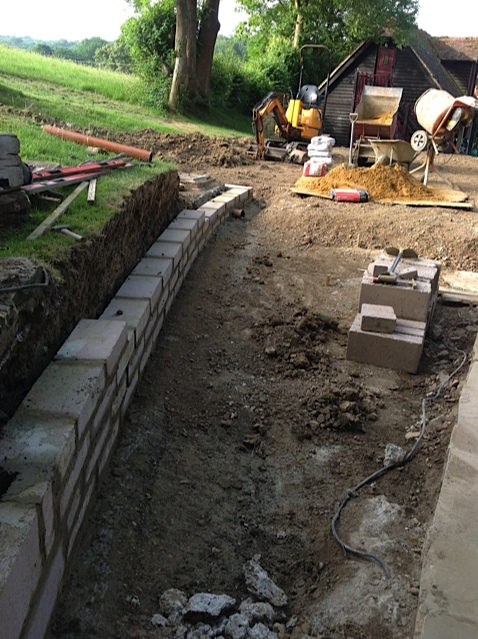 The construction was taking shape 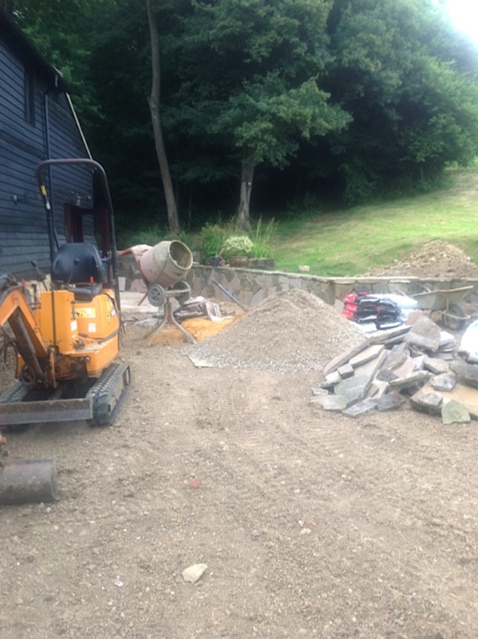 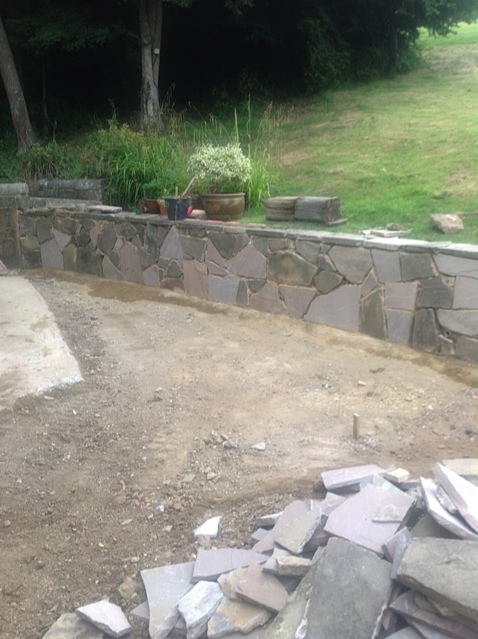 The real stone clad wall was being built! 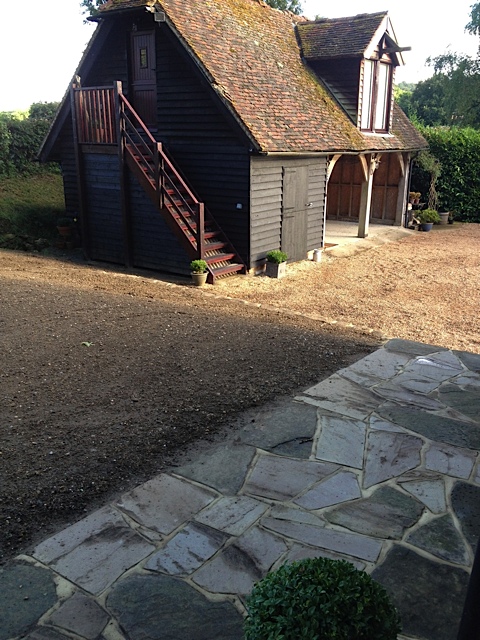 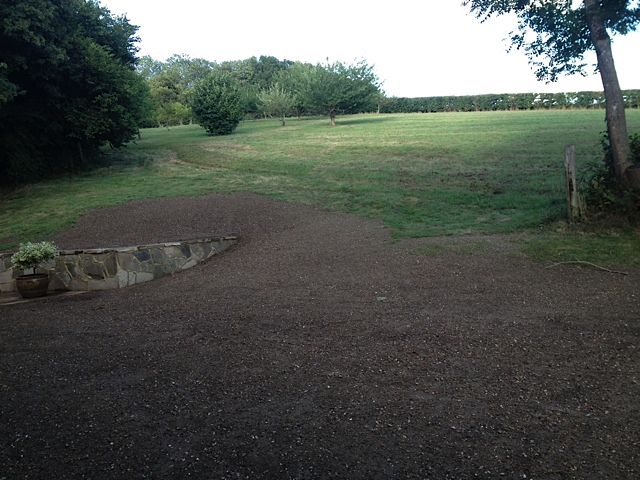 main banks were graded too and seeded! 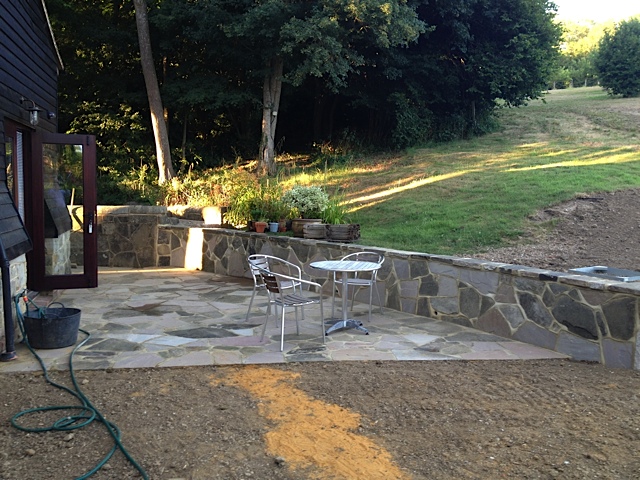 The crazy paving was laid, jointed and side area graded for seeding ready for afternoon tea!


Other works were completed also, but I lack many photos! Another small flight of steps plus dismantling a very strong set of obtrusive concrete steps and rebuilding in a more inviting manner! Both our cameras were damaged and unfortunately many recent pics were lost. We are returning in the Spring and I hope to add some more completed photos.