Autumn 2018. Very busy summer for us with works in Tonbridge, Littlehampton, Henfield, Hove and Haywards Heath to name but a few. We have a few outstanding for the next few months but only about 6-8 weeks ahead of ourselves, which we like! We do cover a good 20 miles from our base in Mid Sussex

We complete works all over Sussex and into West Kent. The photo above is a complete front garden we did in 2018 in Tonbridge. We prepared, a lot away, block paved, created retaining walling and planted. 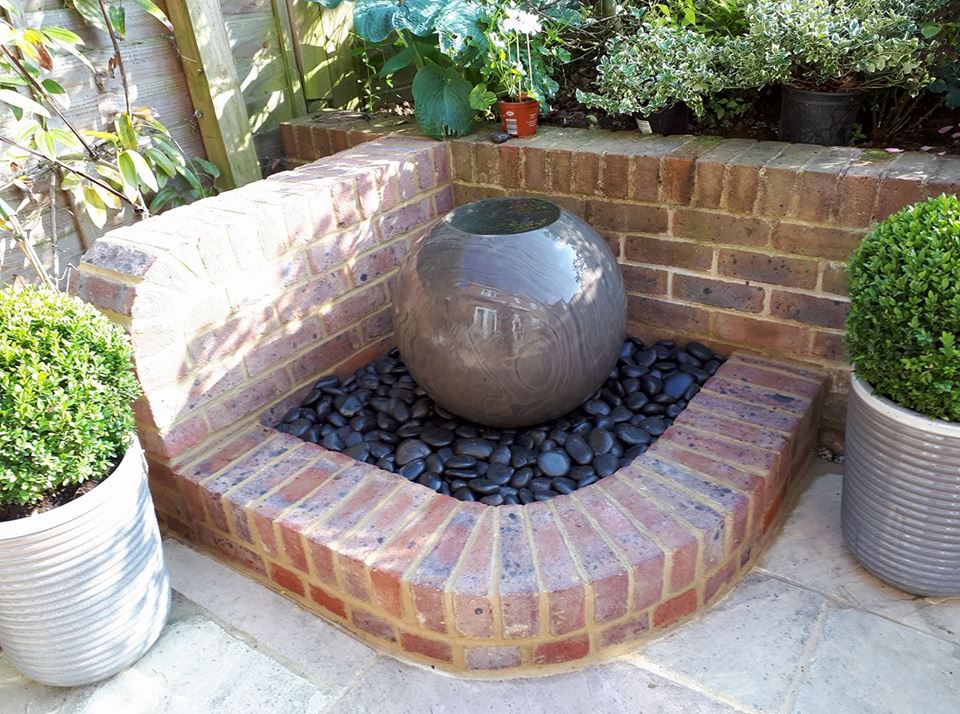 We also fitted in a crazy paved drive extension in Burgess Hill and some Fencing in Cuckfield. Previous to that we were in Newick completing an Indian stone frontage and a reinforced concrete drive! Several other fence repairs and a whole rear garden design in West Hoathly and a large garden project in Hove.

We cover quite and area and our works are very varied. I will try and put up a few on this new site...Below a special garden in Hove completed in 2018 using terracota paving. 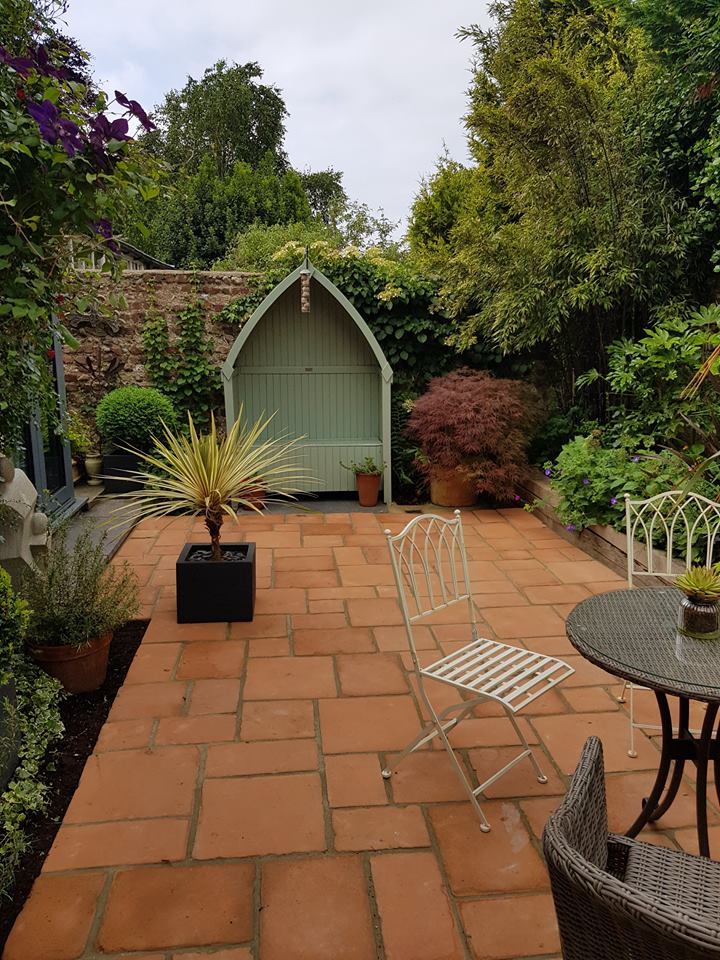 Early Summer 2012 job completed in Waldron. These works were started in Spring 2012 for the local garden designer Juliet Sargeant. Juliet supplied the plans and scope of works which we priced for and the customer accepted early in 2012. We split the works into 2 stages. The lower garden including a large pergola and associated terracing the later the large upper terrace and major steps and walling. 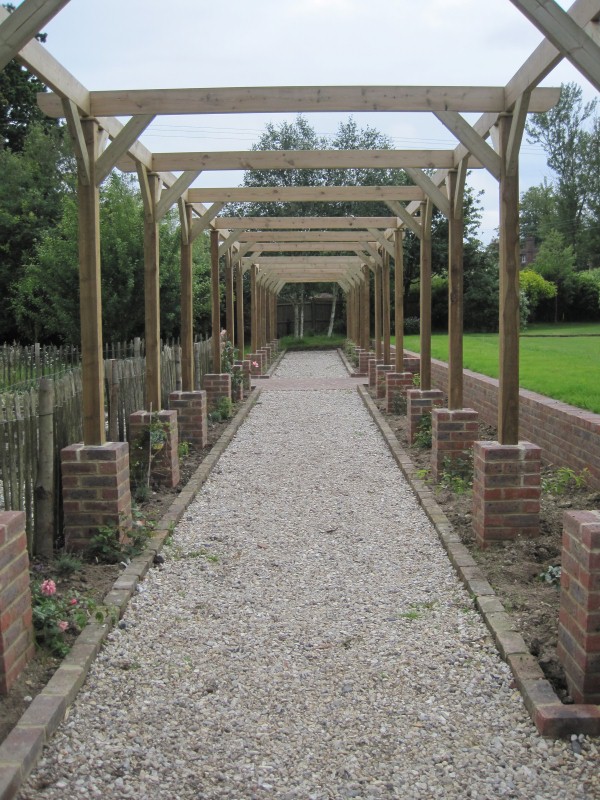 During this project we had all types of weather thrown at us! Glorious sushine as its a South facing..plus the heavy rain. I couldnt help but notice the abundance of wildlife, the birds in full voice, plus the sudden pretty regular visits by the forces helicopters arriving in the farm behind.

Fuller diary is currently on our old site, this will be transferred here shortly.