These works Started in July 2007. Ian first visited in March to discuss various ideas and a sketch was drawn. Final levels were difficult to measure exactly as the existing garden sloped in all directions! Works were completed by Peter And Wes, our visiting friend from Australia. Wes has now returned to his homeland to start a family.

When Ian viewed the garden was as below:- 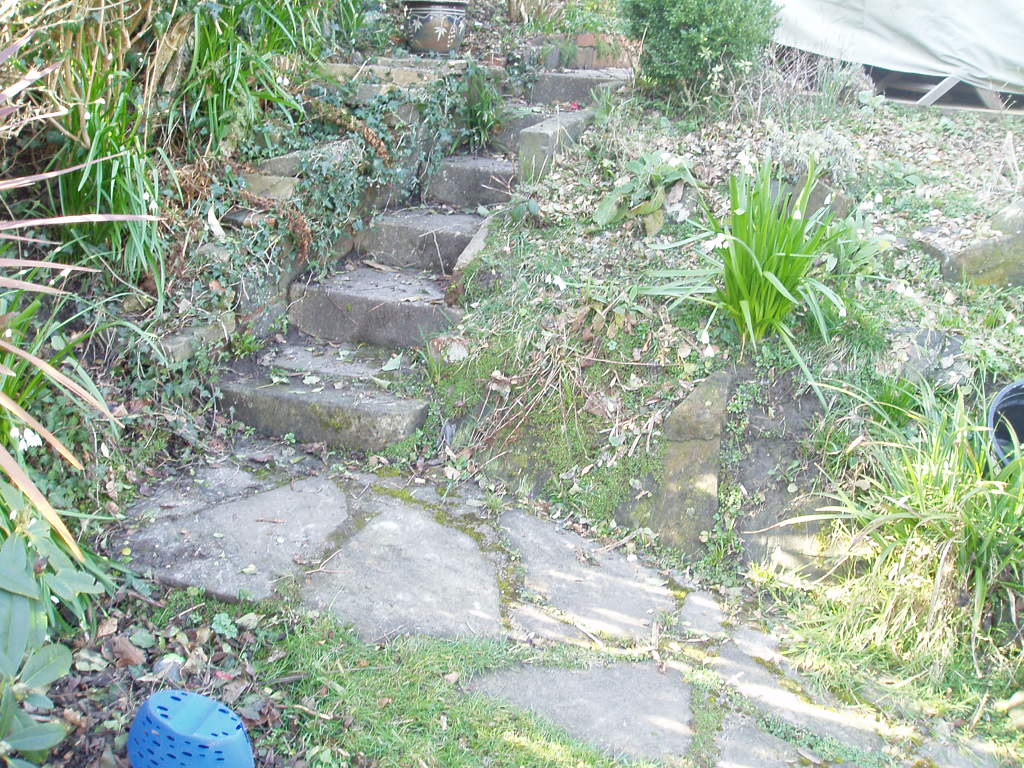 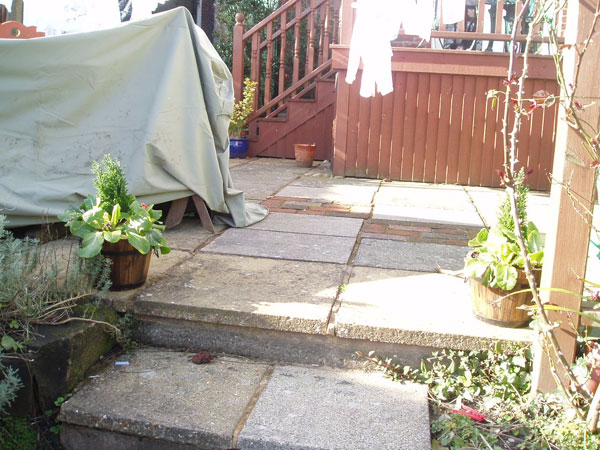 Upper terrace, too small and cluttered

The idea being to give more space and terrace safely. We were to spend the first few days grading out and clearing. The upper terrace needed extending and retained by approx 6ft high walling! A new flight of steps to be created to the central lawn area. This to be widened as much as possible which needed sleeper walls with the neigbour. A major flight of sleeper steps would then be needed to reach the lower lawn.

This was a several week project, it used over 200 railway sleepers and a tremedous amount of steel girders to secure the walling. These pictures dont do the job justice!! A lot of quality work and manpower needed here.Steel girders had to be placed vertical and set in concrete. We managed all by hand. All credit to Peter & Wes! 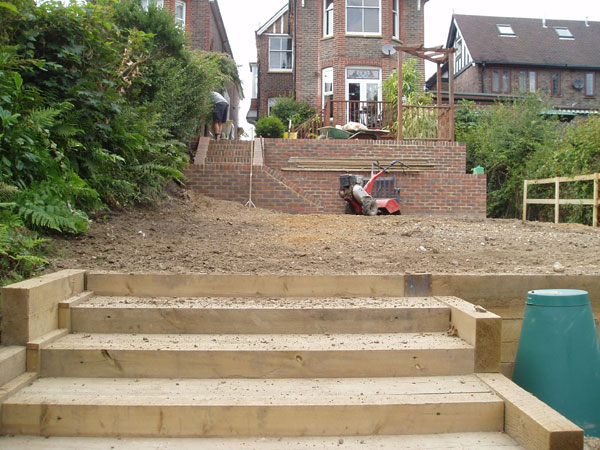 Much had been graded out. New brick retaining walls as well as the sleeper retention, 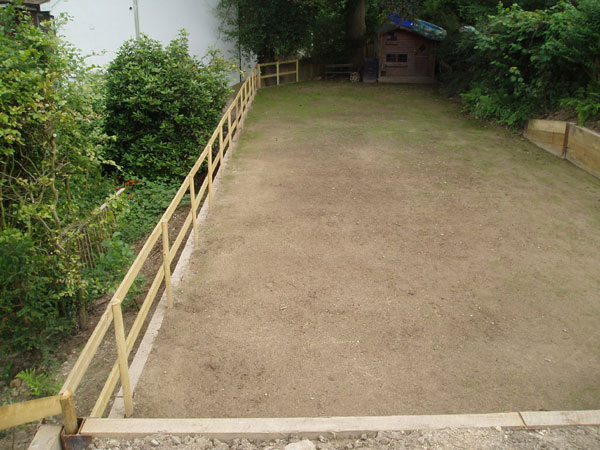 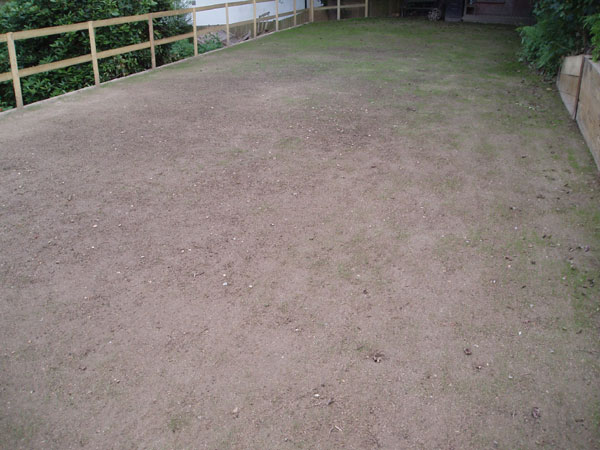 Seeded as the weather was suitable. Note the new fencing on the left. 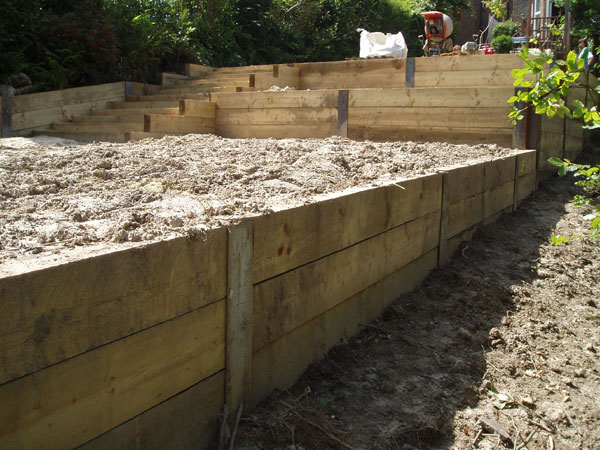 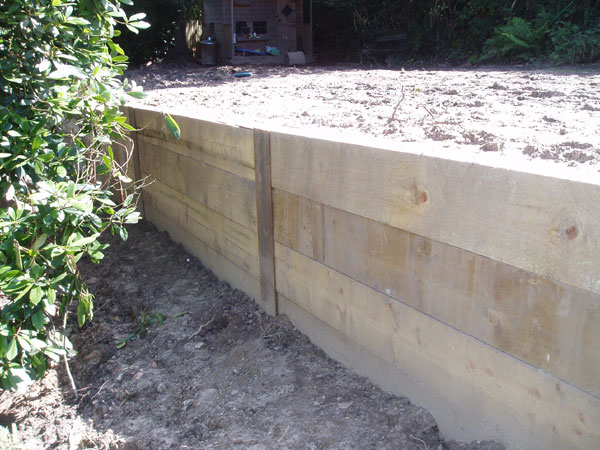 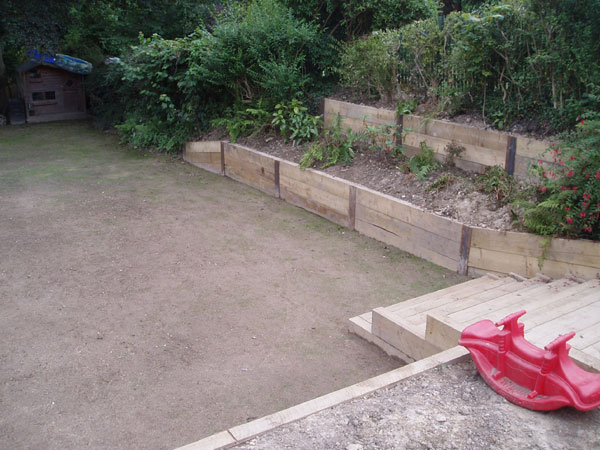 Retention also needed on the right hand side 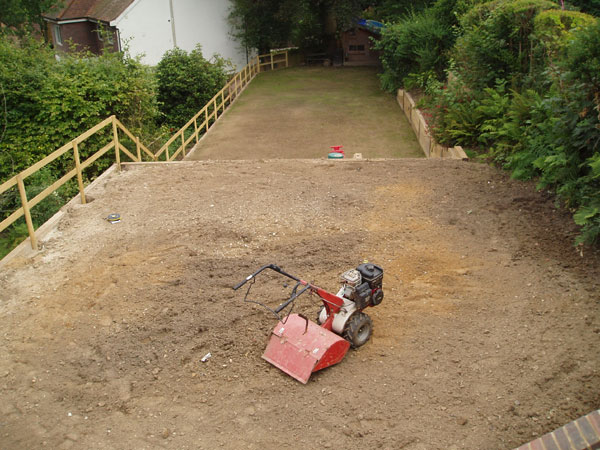 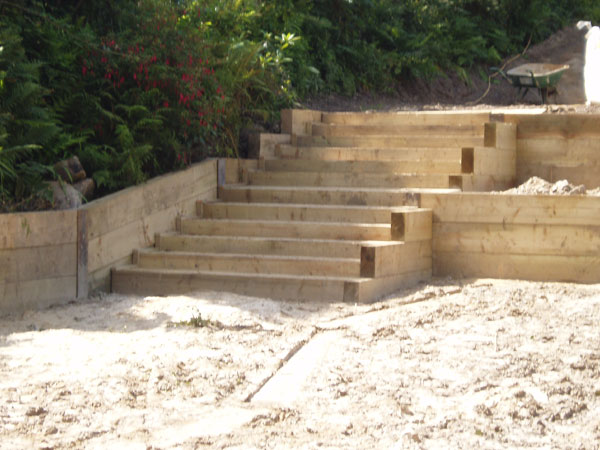 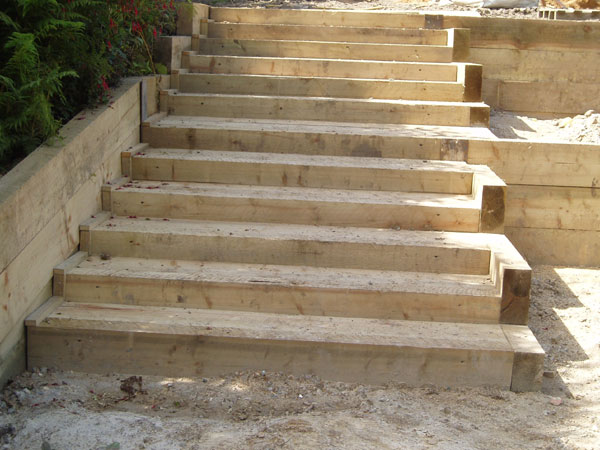 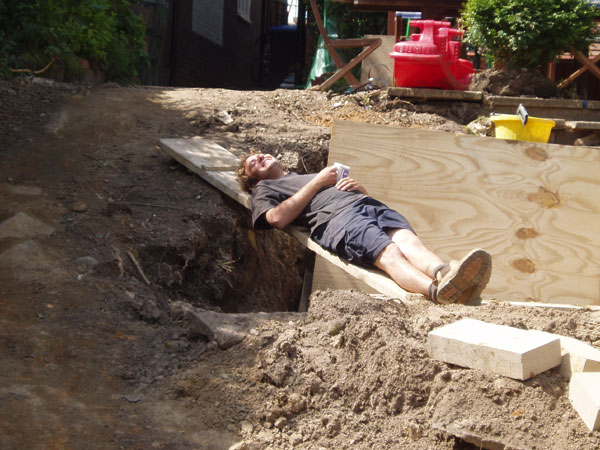 Wes, asleep on the job! 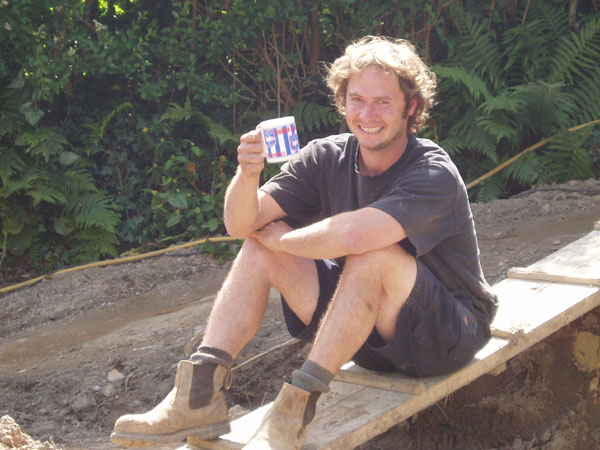 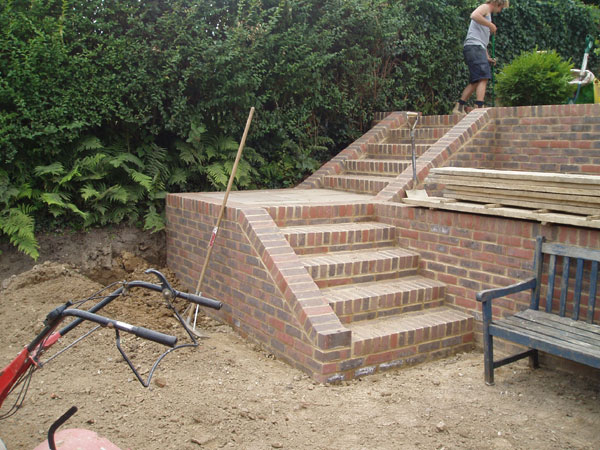 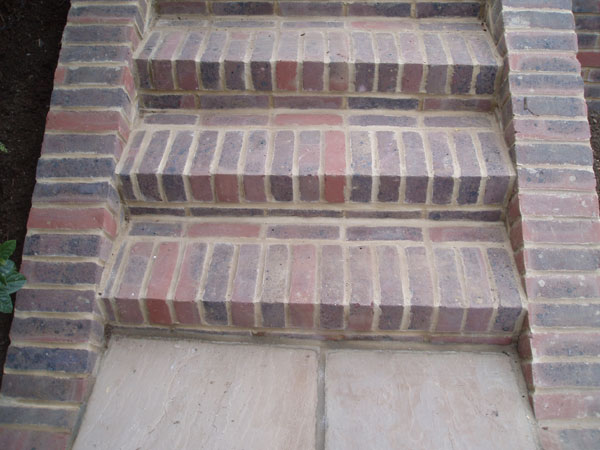 Treads of main steps all in brick 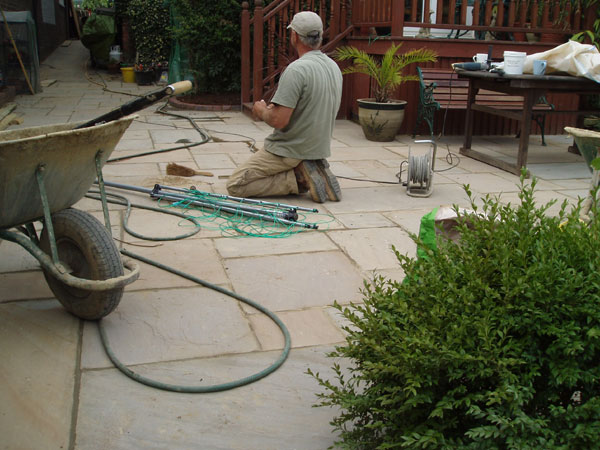 Finishing touches to the main patio by Peter and then finished! Wes returned to Australia soon after these works. We are still in touch every now and then!